No channels are found.
If other software picks up channels where SichboPVR does not, please get in touch and send along the service-log.txt and *.json files from your C:\ProgramData\SichboPVR4 folder.
Some channels are missing.
If a channel is missing, go into the TV dropdown menu at the top of the screen and edit the default Good Channels list. 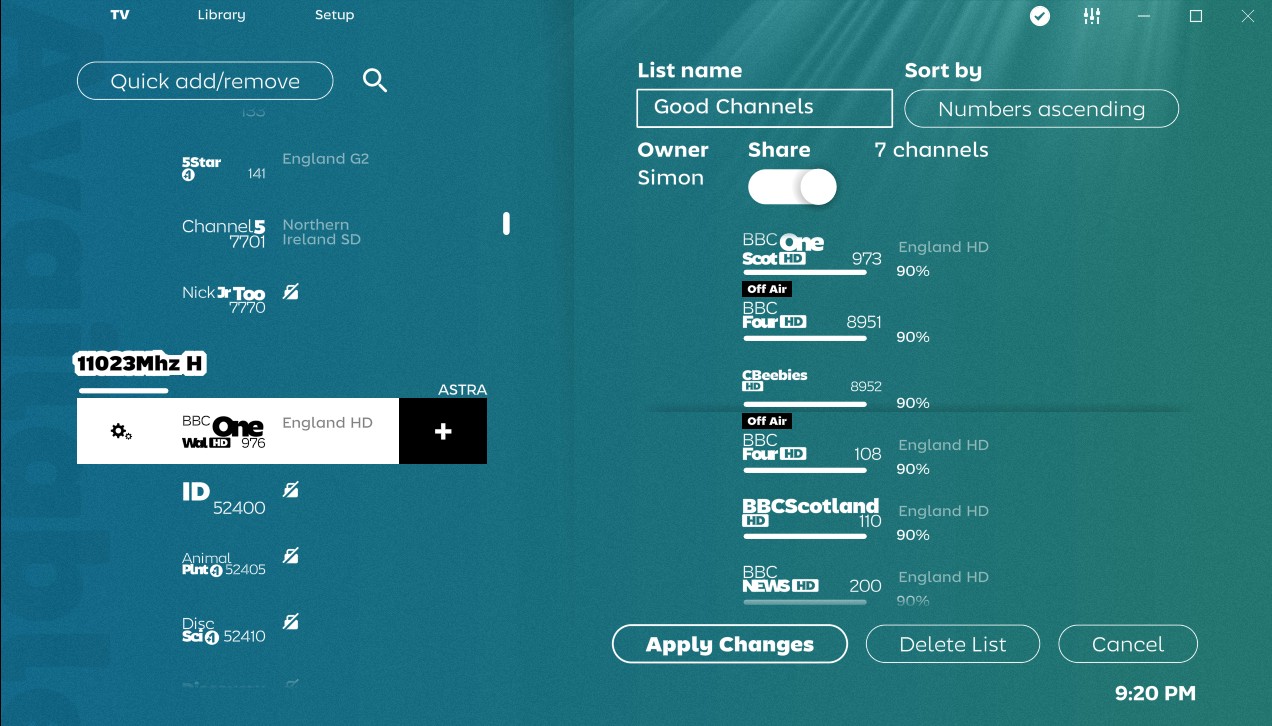