Not all of my tuners work or I want to disable some tuners.
SichboPVR assumes that all plugged in hardware is going to be fully functional. If you have a tuner which has known problems or perhaps you want to reserve it for something else, you can edit service-settings.json in the C:\ProgramData\SichboPVR4 folder, locate the tuner and set its DoNotUse value to true and restart the server.
My region or satellite isn't listed during scan.
The C:\ProgramData\SichboPVR4\frequency-hints.json file contains definitions of all known valid/working scanning frequency sets. You're welcome to modify the file in Notepad and any changes will appear in the app, but please e-mail Simon if you think a new one needs to be added or if you're unfamiliar with editing json files (their syntax, though fairly human-readable, is easy to get wrong, making the file broken.) The goal of frequency-hints.json is to list only common and known working satellites and frequency sets. For satellite entries, it should contain only the bare-minimum honing or home transponder frequency. 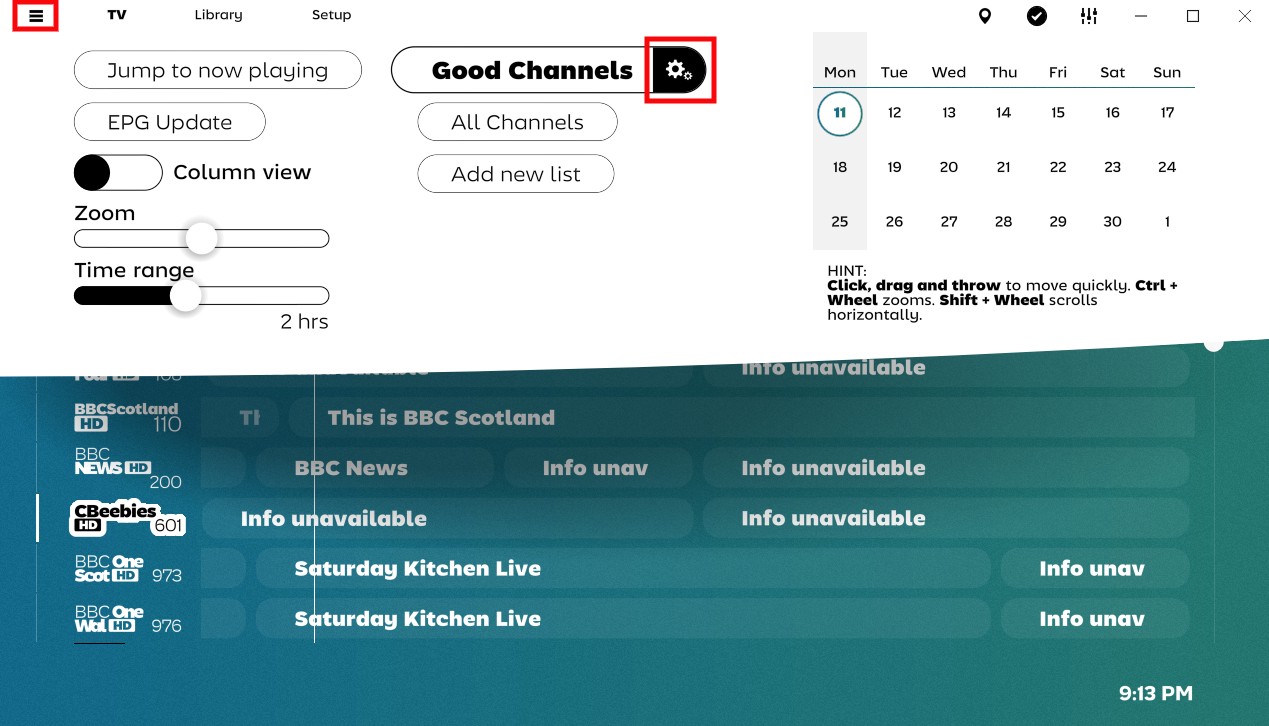